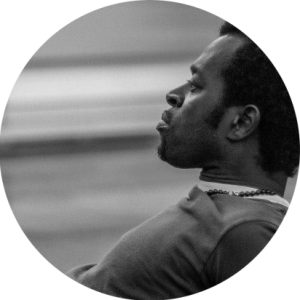 He started to play the drums at the age of 10 because in his neighborhood (Bakau – Gambia) there was lots of people playing from whom he could get inspired. Since then, he has been playing in bands not only as a drummer but as a singer. He is very attached to his drums.

‘I guess I will keep on playing till the end. Music is everything for me.’

He collaborated for the first time with Moving Rhizomes in Crossing Paths performance playing the drums.